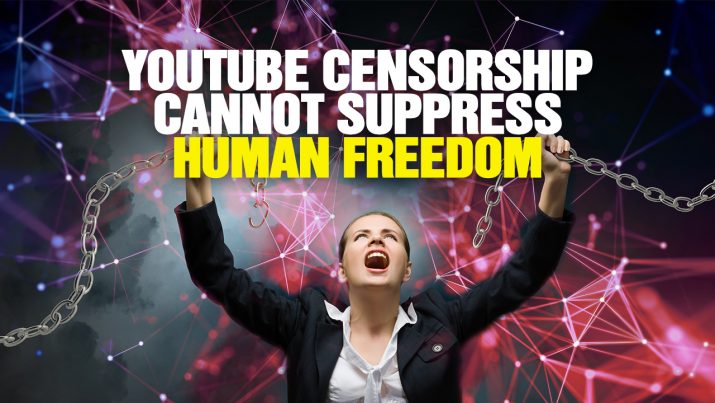 People want to be free, and they want access to truthful, transparent information. That’s why YouTube’s communist-inspired censorship efforts will not succeed.

See Real.Video for an upcoming announcement.

Podcast Transcript: “Aren’t these exciting times that we’re living in? Revolutions happening all around the world, globalist trying to take over, but freedom resisting tyranny. That’s what’s happening right now. You notice the the emperor of China, President Xi, is trying to become the permanent dictator – kind of like a North Korea situation. He wants to get rid of term limits, so he can stay in office forever. China has been censoring, on their internet, anyone who disagrees with that decision. Isn’t that fascinating? The same tactics are being used in America by YouTube, Google, Facebook and Twitter. I mean they’re all basically communist China. It’s just absolute censorship of anything that they don’t like. However, freedom will win and it is winning. That’s actually the topic of this podcast – how freedom is winning and why the truth is that people want to be free. It’s a natural innate desire, you have to be programmed to reject freedom…” Listen to the full podcast below: