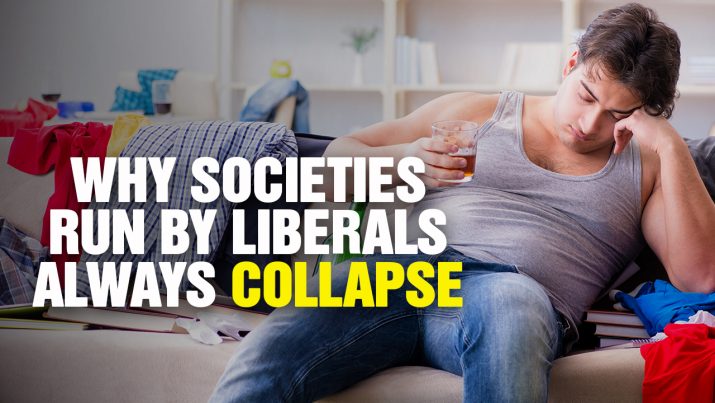 Podcast Transcript: “I’m gonna answer a burning question for you in today’s podcast. ‘Why do liberal societies – ie cities or nations, run by Left-wing people – why do they always fail, collapse and end in human misery, starvation and suffering?’ Look at Venezuela. Look at North Korea. Look at Communist China. The amount of human suffering, torture and non justice, the abuse of power, the exploitation of people… It’s just off the charts. Look at California. Look at the homelessness, look at the the human feces all across San Francisco, look at the heroin needles all over the streets, look at the collapse of Detroit or Chicago for that matter. When liberals run cities, they run them into the ground…” Listen to the full podcast below:

Read more at Collapse.news or LeftCult.com

Why societies run by LIBERALS always COLLAPSE from NaturalNews on Vimeo.