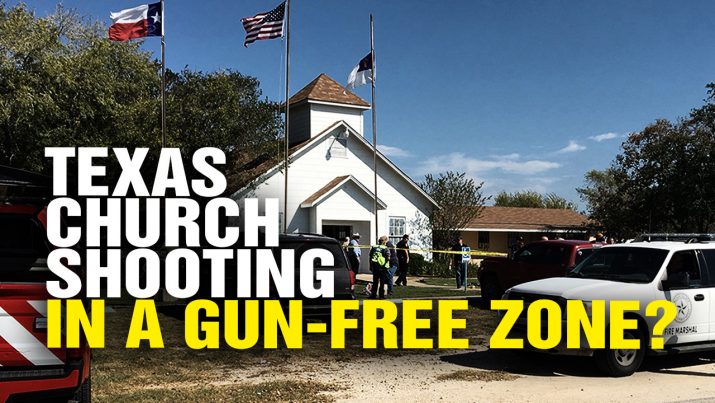 Gun-free zones are kill zones for murderous madmen who want to cause the maximum casualty count.

Notably, the Texas church shooter was finally stopped by an armed citizen with a gun!

That’s why the more citizens carry guns, the safer our communities will be.

Podcast Transcript: “Very sad news today from Texas. There has been a shooting in a church near San Antonio. I’m recording this just immediately after initial reports started to be broadcast about this shooting so I don’t know any details. I don’t know the race of the shooter or the congregation. I don’t know the religion of the church. I don’t know if someone shouted Allahu Akbar or anything… I have no idea who the shooter was and who the victims were – other than the fact that it has been reported at least one young child was killed I think a two-year-old. So, number one, my prayers go out to those families and those victims. It is obviously unacceptable that churches continue to demand that their congregation disarm themselves and become a gun-free zone. That’s what this is really all about. Texas has very few mass shootings, because most people are armed most of the time. Churches however tend to tell their congregations that they can’t bring guns into the church…” Listen to the full podcast below:

Texas church shooting: A “gun-free” zone? from NaturalNews on Vimeo.