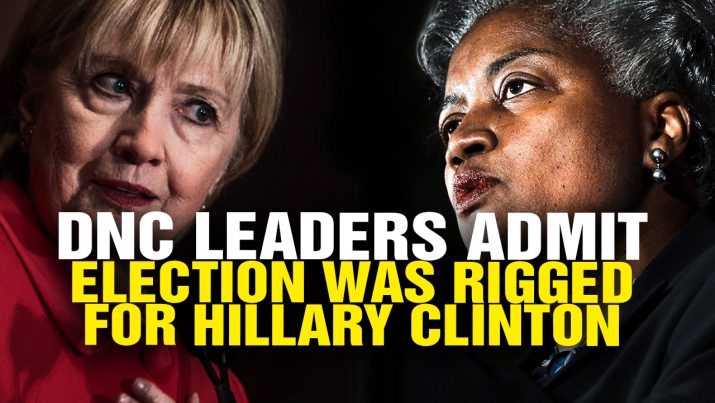 Top Democrats are now openly admitting that the DNC rigged the election for Hillary Clinton.

The real collusion in the election, it turns out, was conducted by the Democrats!

Podcast Transcript: “If you’ve been tracking the political news, you know that Donna Brazile – former head of the DNC – has written a book that explains the DNC rigged the election against Bernie Sanders and Hillary Clinton had taken over the DNC. That it was a corrupt organization with Debbie Wasserman Schultz running the the corruption for Hillary Clinton. That they had taken over the party and it was just deeply corrupt and dishonest. Now Elizabeth Warren has come out and confirmed that also in a TV news interview, confirming that yes the DNC was rigged. The election at least on the Democrat side was stolen. So, isn’t this interesting that it’s the Democrats all along who have been falsely claiming that somehow Donald Trump stole the election by working with the Russians, although there’s not a shred of evidence that would would even support any kind of Russia collusion with Donald Trump. It’s absurd. And yet the actual collusion did take place and has now been admitted on the Left…” Listen to the full podcast below:

Stay informed at Clinton.news and WhiteHouse.news

DNC leaders admit election was RIGGED for Hillary Clinton from NaturalNews on Vimeo.