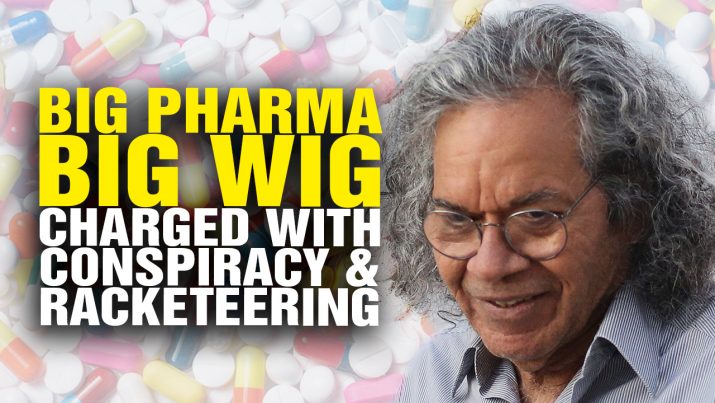 I almost never thought I’d see the day when a Big Pharma founder and owner was finally arrested for running a criminal drug cartel, but that day has arrived.

“Federal authorities arrested the billionaire founder and owner of Insys Therapeutics Thursday on charges of bribing doctors and pain clinics into prescribing the company’s fentanyl product to their patients,” reports the Daily Caller News Foundation, one of the best sources of real journalism in America today.

Podcast Transcript: “I almost never thought I’d see this day come, but a billionaire Big Pharma founder – the leader of a major drug company – has been arrested and has been charged with guess what… racketeering, criminal conspiracy and bribery. And who did he bribe bribe? He bribed doctors – well his company did. They bribed doctors to prescribe fentanyl. Yes, I’m talking about a company called INSYS. Their founder, who is a billionaire, got wealthy selling dangerous deadly drugs to Americans and people all over the world. He has been arrested and charged with these multiple crimes now. You’re listening here to the Health Ranger. This is NaturalNews.com. Isn’t it interesting that for over ten years we have been saying that the drug companies are running a criminal conspiracy, racketeering, cartel operation. You’ve heard me say that for over a decade and what have we been called for saying that? We’ve been attacked. We’ve been smeared. We’ve been called conspiracy theorists. Well, guess what. The US Department of Justice just confirmed that Natural News is correct. Think about that for a second. The US DOJ just confirmed that the drug companies are a conspiracy.” Listen to the full podcast below:

Learn more at DrugCartels.news or Medicine.news

Big Pharma big wig charged with conspiracy and BRIBERY from NaturalNews on Vimeo.