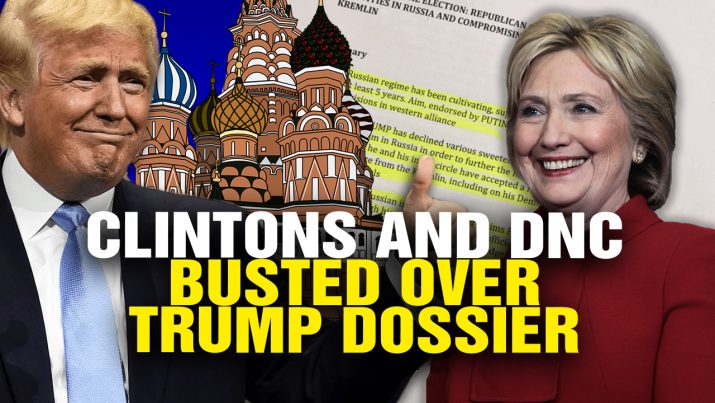 Bombshell news as the Washington Post reports that the Clinton campaign and the DNC funded the so-called “Trump dossier” that tried to smear Trump.

Podcast Transcript: “We have bombshell news breaking from the Washington Post today. If you are wondering ‘why would the Washington Post break bombshell news’ that is true… I’ll tell you exactly why here in just a minute. Thank you for joining me today. Mike Adams, the Health Ranger. You are listening to the Health Ranger Report from HealthRangerReport.com. So, here’s the big story. The Hillary Clinton campaign and the DNC paid for fusion GPS to create the Trump dossier smear document that was then used by John McCain – an establishment Republican Rhino, Arizona Senator – to smear Trump and try to destroy Trump with lies. They then were able to place that document in front of James Comey – who was director of the FBI at the time – even though the document was completely fictitious, totally made-up with the most outlandish lies and smears. The media, the Left-wing media, was then able to report that the director of the FBI had been briefed on these allegations against Trump, which included bizarre allegations that claimed he hired hookers in Russia or Moscow. I guess to urinate on hotel beds that Barack and Michelle Obama had slept in… yeah, that kind of total fiction. It’s total nonsense, but they use it to try to smear Trump. Buzz Feed was involved in all of this – conspiracy – to try to destroy Trump with made-up lies and smears…” Listen to the full podcast below:

Learn more at Clinton.news and Trump.news

Clintons and DNC BUSTED over Trump “dossier” from NaturalNews on Vimeo.