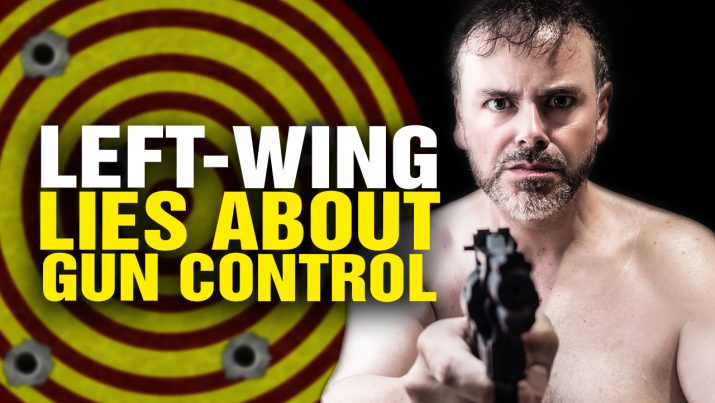 The political Left routinely LIES about gun control. Here are just a few of their most outrageous lies.

Podcast Transcript: “Because nearly everything that Democrats say about gun control is a deception, a deliberate lie, it’s very important that we discuss the truth about gun violence, homicides versus suicides, who’s actually shooting who and so on. That’s what this is all about. Thank you for joining me here. Mike Adams – I’m known as the Health Ranger, but I’m also a longtime firearms advocate of self-defense, trained in tactical firearms, self-defense scenarios, hostage rescue scenario training… I mean all kinds of stuff over the years with both carbine, as well as pistol, and long-range bolt-action target shooting – thousand-yard range – that kind of thing. So, I’m one of the few journalists who actually knows anything about firearms that’s talking about this, because the mainstream media journalists are illiterate when it comes to firearms. Now in the independent media, you’ll find a lot of other journalists who are well-informed about firearms, but mainstream media… they only know what they saw in the movies, and the way movies depict guns is total fiction…” Listen to the full podcast below:

Left-wing LIES about gun control from NaturalNews on Vimeo.