Space Weather Could EXTERMINATE All Life on Earth (Video) 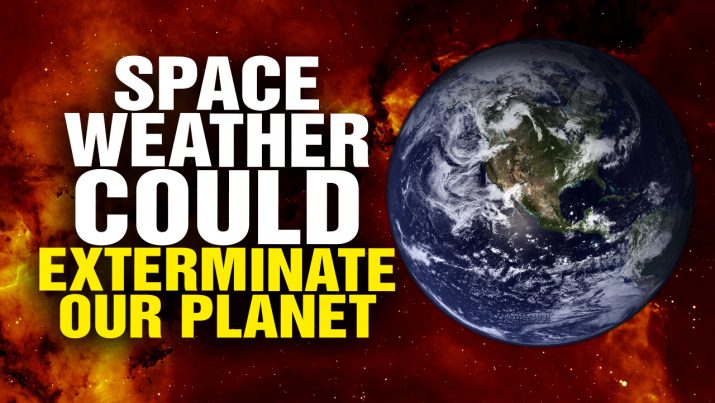 Earth could be obliterated in an instant, without warning, due to “space weather” events.

In fact, all of human civilizationis shockingly vulnerable to being exterminated in a flash.

Podcast Transcript: “We got hit by hurricanes recently in Texas and Florida. I was hit by Hurricane Harvey as well, and people know that of course the air, the atmosphere can have effects on you through storms and so on. People don’t think about space weather. There’s a lot of space weather events that can happen to like giant cosmic hurricanes. You know the entire planet, all of Earth, could be destroyed in an instant from a beam of energy from an exploding star in another galaxy. Seriously. Sometimes these beams are very narrow, less than 1 degree wide, and there could be a beam of energy – Neutron bombardment basically – that could just take out Earth in an instant – and kill all life. How do we know that’s not going to happen? We don’t know. And won’t have any idea. That can happen tomorrow. Now, we also know that according to astronomers and astrophysicists, that the sun, our sun, is eventually going to have a lot less density. It’s going to expand…” Listen to the full podcast below:

Space Weather could EXTERMINATE all life on Earth from NaturalNews on Vimeo.