How Future Historians Will Describe the COLLAPSE of Western Civilization (Video) 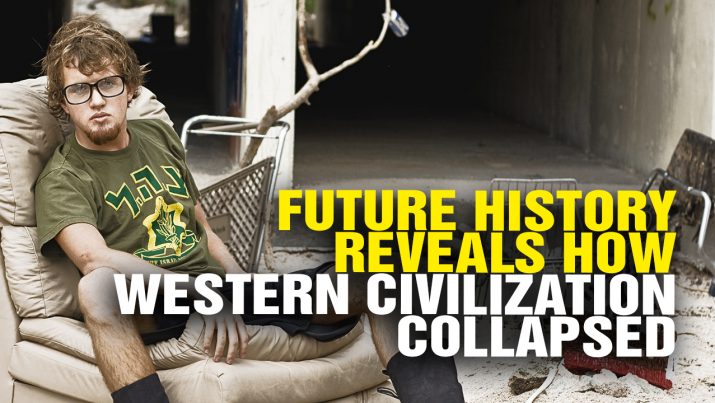 The Health Ranger explains how future historians might describe the causes of the collapse of western civilization.

Podcast “I was trying to think about how future historians would describe the collapse of Western civilization that is now approaching, and it became very clear to me. They might say something like, “Well, the Romans, they lined their aqueducts with lead and they were all drinking toxic heavy metals which drove them insane and caused cognitive decline. Of course, they also had a debt problem and they had a problem with occupying too many other nations. So, they had money problems, they had chemical problems and they dumbed down the population and it all collapsed.” Then they might be asked, “well what about Western civilization and America – 21st century America? Why did that collapse?” They might say, “Well, oh gosh, they sprayed poison on all their food. Yeah. They poisoned the entire food supply with pesticides and herbicides and then they said they were feeding the world. And all the best scientists of the time said that it was good for people. And they poisoned themselves to death as cancer rates skyrocketed, health care costs devastated the finances, the soil became toxic and the rivers became toxic…” Listen to the full podcast below:

Stay informed at Collapse.news and NewsTarget.com

How future historians will describe the COLLAPSE of western civilization from NaturalNews on Vimeo.