Illinois Pension Collapse? We Warned Everybody Years Ago (Video) 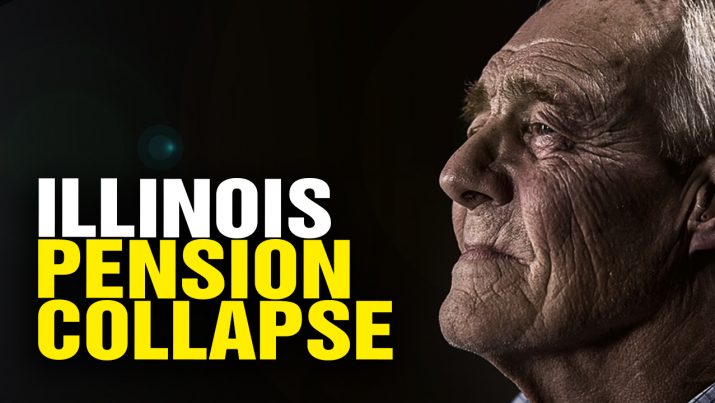 If you’ve been listening to the Health Ranger or reading Natural News, you knew about the looming Illinois pension crisis YEARS ago!

Although the financial crisis has surprised lots of everyday citizens, it was easy to see this coming. Now the collapse is imminent.

Podcast Transcript: “Isn’t it interesting that everybody’s freaking out now about Illinois bankruptcy, the collapse of the pension funds, the collapse of the finances of other states – as well states that are running out of money, because they spend more than they have – like Connecticut, New Jersey, California and so on? What’s interesting about it is that if you have been a Natural News reader for the last several years, you already knew about this years ago. Why is that? Because I covered it years ago. You can go back to the articles on NaturalNews.com or look at some of my podcasts at HealthRangerReport.com and you’ll find that I was talking about this before really anybody – well before it went mainstream I’ll say that. There were some people warning about this even years before I was… but long before it went mainstream I was warning people about it. In fact, I know someone who was on the teachers pension Union plan in Illinois, and that person asked me for my advice like three years ago I think…  I told her you got to get out of the plan. You got to cash it out, pay the penalty, pay the taxes, pay the extra ten percent, cash it out, because it’s going to disappear. She took my advice and just the other day she thanked me, because I saw it coming. She has other former colleagues who are screwed, because now they know their pension is going to be gone. It’s gonna get looted by the state…” Listen to the full podcast below:

Read more at Pensions.news and Collapse.news

Illinois pension collapse? We warned everybody years ago from NaturalNews on Vimeo.