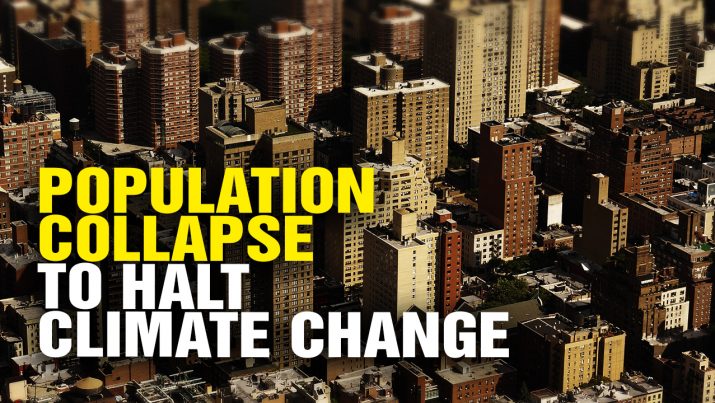 The Health Ranger explains why worrying about a foot or two of rising ocean levels beyond the year 2100 is FOOLISH when the far bigger emergency is the coming population collapse.

There won’t be seven billion people still around in the year 2100, Adams explains. It’s more likely to be fewer than one billion.

Podcast Transcript: “Let me give you the most interesting explanation you may have ever heard of why climate change is not a problem – even if it is a problem. I’ll explain. Even if everything that we’re all being told by the establishment were true – that human activity is releasing co2 into the atmosphere, which is causing global warming, melting the ice caps and causing flooding of cities – that’s the narrative even though that’s scientifically false. But even if it were true, here’s why it’s not a problem. Those effects take almost a hundred years to become serious. The seven billion strong human population that exists on our planet today won’t be here for anywhere near 200 years. I mean 7 billion people is probably going to collapse to 1 billion people within one generation. What we have built, the society that we have today, is not sustainable and because it’s not sustainable by definition it must come to an end. ‘What’s going to come to an end?’ Well, all of this human activity that is being blamed for global warming. Much of it’s going to come to an end…” Listen to the full podcast below:

Learn more at Depopulation.news and Collapse.news