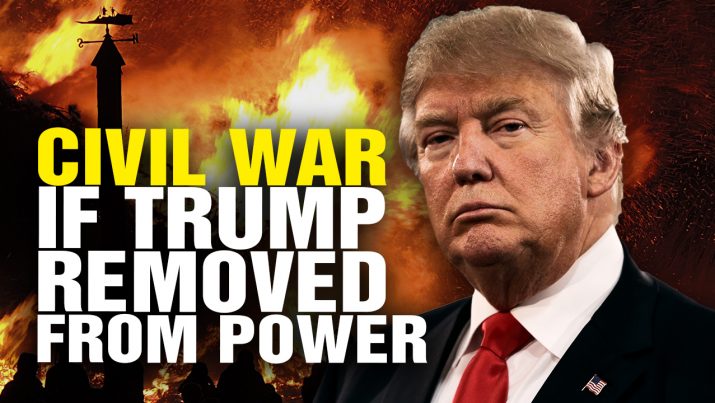 Michael Savage recently warned that if Trump is removed from power, it would set off an armed revolt leading to civil war in America.

Podcast Transcript: “Radio host Michael Savage just issued a warning that echoes a warning that I also issued a couple of weeks ago. We seem to concur on this analysis. If the Left – the Anti-America and Anti-Trump Left – manages to remove Trump from power through impeachment or some other means – because obviously that’s what they are trying to do – it will set off an actual civil war. It will cause an armed response. Let’s just put it that way, which I’m calling it Second Amendment Activation by the way. What I envision is 10,000 plus armed Americans, patriots, converging on Washington D.C. to defend their nation. To defend democracy if you will, really more accurately the republic. Because we are not a democracy we are a constitutional republic and that is worth defending. If the Left gets Trump out of office, pushes him out, seeks to arrest him, seeks to indict him or invent more fabricated fake collusion, fake news, fake charges … What they are saying to the American people is that this isn’t a republic, this isn’t a democracy, that your votes don’t count and that no matter who you elect the deep state will control who is in power…” Listen to the full podcast below: