Venezuela Is a TRIAL RUN for Collapse in America (Video) 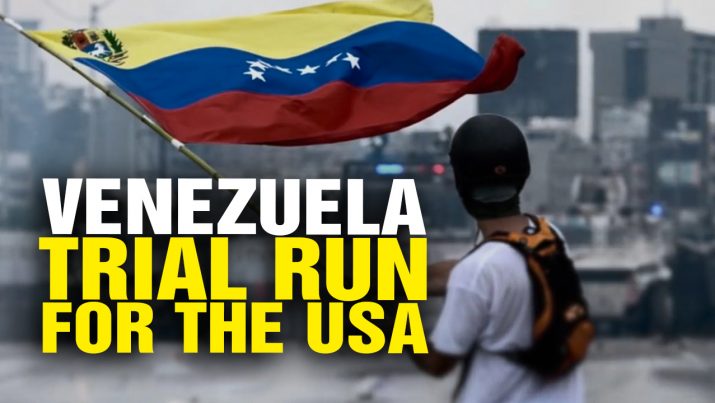 The Health Ranger explains why the chaos you’re seeing in Venezuela today is just a taste of things to come for America. The coming collapse will thrust cities into total chaos, with all the looting, violence and desperation that naturally follows.

Podcast Transcript: “It’s important that you pay special attention to what’s happening in Venezuela right now and how that society is collapsing under tyranny. In many ways, it’s kind of a beta test for what looks like to be the future of America, especially in the big cities. We’re talking martial law, mass starvation, dumpster diving, government confiscation of food and firearms, mass hyper inflation of the currency and basically a total shut down of society – a total lack of food, water, fuel, pharmaceuticals, painkillers, insulin, you name it. It’s falling apart. The government of Venezuela of course has engaged in an increasingly tyrannical crackdown against the people. The people – the protesters – are disarmed, because of course the Venezuelan government – like every socialist government – wants to disarm the people so the government can stay in power. See if the people of Venezuela had been armed all along – if they had a second amendment for example – they would have already overthrown the government and been back on the path to recovery. That’s why leftists and socialists – which is what Venezuela is – always want to push gun control…” Listen to the full podcast below:

Venezuela is a TRIAL RUN for collapse in America from NaturalNews on Vimeo.