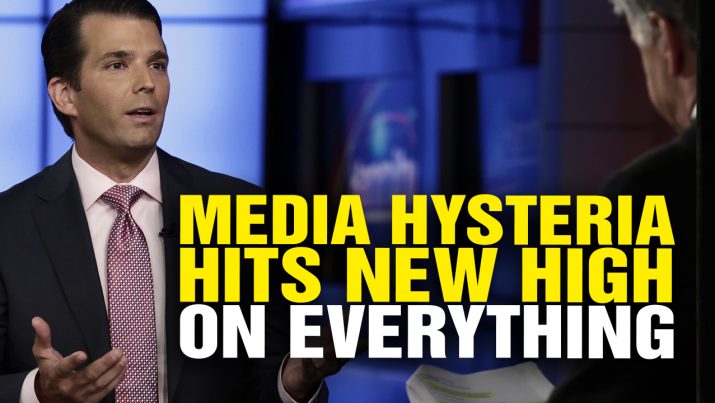 The left-wing media has become a total joke to every rational person, achieving new highs of total HYSTERIA in reporting on nearly everything related to President Trump.

Podcast Transcript: “I haven’t commented on this situation until now, but I just want to give you an overview of the bizarre reaction to the Donald Trump Jr. meeting for the ‘Oppo Research’ – that the Left wing media as been hyperventilating over. Just to give you a little perspective … the Left wing media is going to go crazy, exaggerate and hyperventilate over every little thing. They try to convince their audience that “Opposition Research’ never happens or that it’s illegal, which it isn’t. Nobody did more ‘Oppo Research’ than the New York Times, the Washington Post and the Hillary campaign trying to defeat Trump of course – trying to smear Trump. So, ‘Opposition Research’ is part of every political campaign. Also, the Left wing media is always trying to convince you that it’s some how illegal for Trump’s people to talk to Russians. Well, you know what, that’s part of international diplomacy. You talk to other nations…” Listen to the full podcast below:

Media HYSTERIA reaches new high over EVERYTHING related to Trump from NaturalNews on Vimeo.