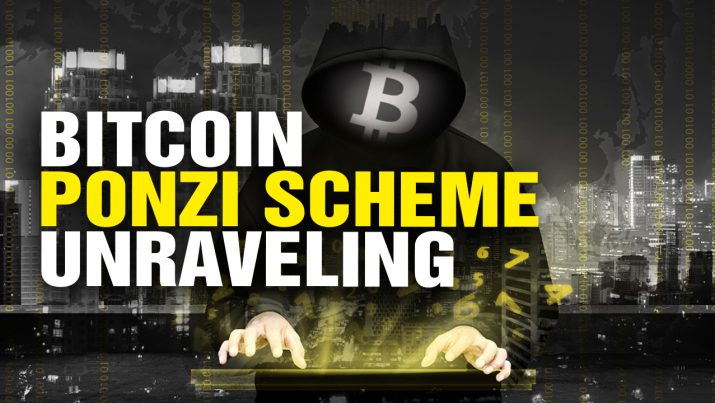 In case you having been paying attention to the world of crypto currency, Bitcoin has now collapsed almost 40% from its high, plunging from $3,000 to nearly $1,800 in anticipation of the “Bitcoin civil war” that’s rapidly approaching.

From July 21st through the end of the year, a timeline of serious obstacles threatens to crater the speculative Bitcoin marketplace. One of those events has been called a “Bitcoin civil war” and could threaten the very existence of the crypto currency. That’s why people are taking profits right now, selling their Bitcoin holdings and driving the price downward. (See BitRAPED.com for more coverage.)

Remember: Bitcoin isn’t backed by gold. It isn’t backed by anything at all. There’s nothing technically superior to Bitcoin compared to other crypto currencies such as Ethereum or Z-cash. As a result, nearly all the growth in Bitcoin over the last few months was based on speculative greed, where people hope to cash in on the bubble of crypto currencies even though they don’t understand the real risk.

The Bitcoin promoters telling you that you can’t trust the dollar because it’s fiat currency usually fail to inform you that Bitcoin is crypto fiat currency, backed by nothing. In fact, one of the “fixes” being discussed by the Bitcoin community right now would result in lifting the limit of 21 million Bitcoins, allowing potentially unlimited future Bitcoins to flood the marketplace, thereby devaluing presently-held Bitcoins. Quantitative easing, it seems, isn’t just for central banks…

I’ve explained all this in more detail in my studio video, below, recorded on June 7th, 2017, long before the Bitcoin market began to really crumble. For the record, I support the idea of decentralized crypto currency and rendering corrupt central banks obsolete. However, Bitcoin is so far lost into the depths of greed and hucksterism that I can’t stay silent on this issue. I especially don’t want the millions of readers and fans who follow my work to be harmed by the Bitcoin collapse, which is why I began publicly warning people about all this a couple of months ago:

Find more news coverage of the Bitcoin crash at BitcoinCrash.news.