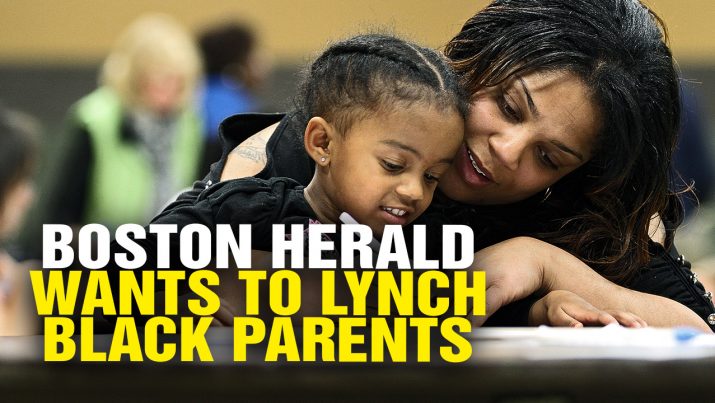 The Boston Herald has called for the HANGING of vaccine skeptics, which predominantly includes African-Americans who are rightfully skeptical of the history of government-run medical experiments.

Podcast Transcript: “The racist Boston Herald is calling for the lynching of African-American who oppose mercury in vaccines. It’s an incredible story of racism in the mainstream media. These Left-wing journalists in Boston are saying that people oppose vaccines, which is predominantly the African-American community, should be hung by ropes and hanged to death – is what they are describing. It’s just unreal. This is the same group, the Boston Herald, that ran a racist political cartoon against Obama saying something about him being black and eating watermelons – I don’t remember the exact verbiage of it, but they apologized for that. I just saw a Washington Post article about the Boston Herald for apologizing for that racist cartoon. But now apparently, they want to go even further and just hang black people by their necks with ropes. I mean really? Do these people have no concept of history?” Listen to the full podcast below: